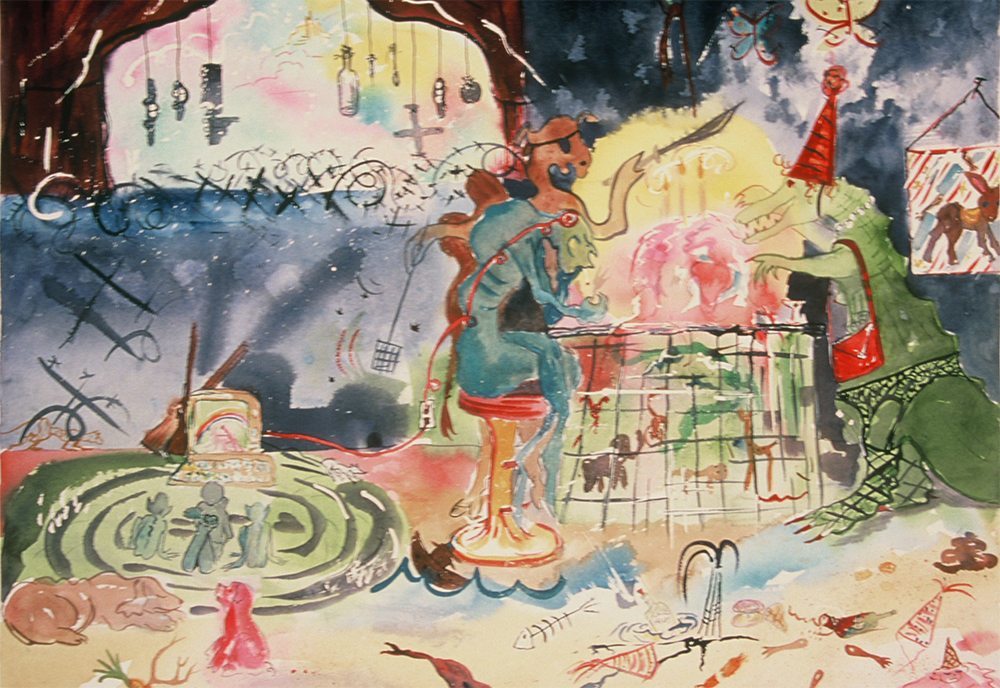 Rude Guests at the Divine Matinee has a subtitle” “Greed, Exploitation and Perversion with Innocence Unsupervised”. It was painted in 1999 following my frustration and observations in trying to improve school safety following the school shootings in the news, and the World Trade Organization incidents in Seattle where the media painted a very inaccurate picture. The painting shows three characters (Greed, an ugly man with a cranial modem, Exploitation, a camel with an eyepatch, and Perversion, an alligator in fishnet stockings. They are cutting up a baked Alaska Earth Cake upon a cage table where helpless and rare animals are imprisoned. In the same room, where evidence of pollution and misuse of natural resoures is apparent, three impish children watch a pornographic cartoon. Separated from this indoor scene, one child looks out a window to see the natural world looking beautiful, faraway and vulnerable. This painting speaks directly to overuse and misuse of our planet by big business and the wasteland created by excessive consumerism. It was created as an illustrative reminder that we should appreciate the beauty and gifts of our planet and look closer at how excessive lifestyles are having a negative impact everywhere in the world.