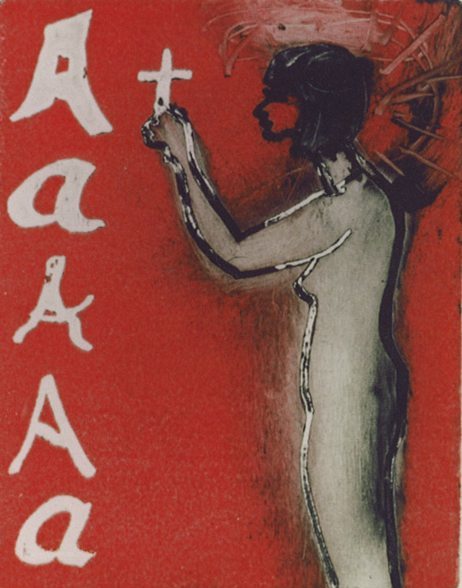 Did you ever have a relationship where you were
constantly being unfairly accused of being unfaithful?
It’s so frustrating. You’re in love with just your
one special guy, but he gets jealous or maybe he’s
guilty of what he’s saying about you! In Nathaniel
Hawthorne’s famous story of the Scarlet Letter, Esther
must wear a Scarlet A on her dress to identify her
as an adultress. Her accomplice, the Preacher, never
confesses to his involvement with her. A Scarlet A+
is a symbol of rising above the worldly accusations of
others, especially those who are probably more guilty
than those they accuse. A Scarlet A+ says “I am in
control of my own morality, conscience and behavior.
I answer to a power higher than you and your base,
senseless accusations are a reflection of you, not a
representation of me!”
Self Love in the face of injustice, clear conscience,
good actions in the day assure good sleep
at night, living in truth with yourself